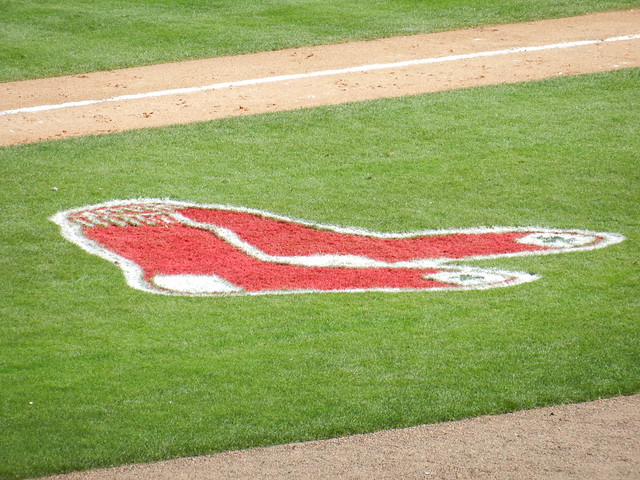 The way the talk radio folks and writers are clamoring for Travis Shaw to start over one of Hanley Ramirez or Pablo Sandoval – over the winter it was the former, after Sandoval’s showing in camp he’s now the target – you’d think he was the second coming, a can’t miss prospect. The problem is that as a prospect, he’s mostly missed.

Shaw is about to turn 26, and in basically a full season’s worth of at bats at AAA he’s gotten on base at a .319 clip and slugged under .400. Some have openly wondered why it took so long for him to get playing time at Napoli’s expense last year. The answer is that he was putting up a .249/.318/.356 at Pawtucket. Those aren’t great numbers for a centerfielder. They’re abysmal for a first baseman.

Based in part on his surprising performance at the major league level last year over 65 games – 13 home runs and a workable .327 on base percentage – there’s something of a media campaign to start Shaw somewhere, anywhere. And granted, both Ramirez and Sandoval were so dismal last year it would be hard to be worse. But there are two problems with the Shaw campaign.

First, his minor league track record suggests that last year’s major league numbers are unsustainable. It’s possible to be a better player in the majors than you were in the minors – Trot Nixon was, for the most part. But it’s not common.

Second, just as with Jackie Bradley Jr a few years back, writers who should know better are making the case based on not only Shaw’s spring training at bats, but a tiny sample of them. As Peter Abraham – one of the writers who led the charge for JBJ based on his Ruthian spring training – writes, “A 1.430 OPS demands attention, even if it’s for eight games in spring training.”

Well no, it doesn’t actually. Not only is it spring training, it is eight games. Fortunately, Abraham’s colleague Alex Speier dismantled that argument efficiently, saying: “The recent history of extraordinary Red Sox spring performances suggests that what transpires in March does very little to illuminate what a player might do when the curtain lifts on the season.”

We’d all love to see Shaw succeed, both because we want the Red Sox to have more great players not less and because it’s a nice story. But we need to pump the brakes on the “Free Travis Shaw” campaign.

Heading into spring training, most of the negative attention of last year’s free agent disasters was on Ramirez. Which made sense to anyone who saw him play in the field. Fans and media alike convinced themselves that based on his implosion in the undemanding position of left field, he was certain to be unplayable at first.

This always seemed unlikely. Most obviously, because he at least had experience playing the infield. But the more important reason, in my view, was the offense factor. Simply put, if Ramirez hit the way he did last April, his defense wouldn’t be the same topic. Instead of asking can he play the position, it would be something closer to “he can’t be as bad as he was in left, right?”

Which is the real Hanley? Likely neither. He’s not going to slug better than .600 for a season, but it seems equally improbable that he’d be below .300 again. The thing that supports the optimistic view of his offense this year is the injury. On May 4th, Ramirez ran into the left field wall hard. Up until that point, he was putting up a .283/.340/.609 line. From May 9th when he came back through the end of his season, he hit .239/.275/.372.

If his shoulder is healed, and by all accounts it is, I’ll take the skeptics’ bets and say that because he’ll hit, Ramirez will be playable at first. Not good, but good enough to stick around until the DH spot opens up.

Surprisingly, Sandoval seemed to take a lot less heat this offseason than Ramirez. Maybe it’s because he showed flashes at least that he could play a position on the field, unlike his free agent counterpart, but while he took flak, most seemed to believe that he’d rebound to some extent.

Allow me to take the under. Sandoval will start the season as the third baseman, as he should given his track record and Shaw’s lack of one, but my bet is that he doesn’t survive the season. He didn’t look good when he reported to camp, didn’t tell the media what they wanted to hear, and as a result the writers are smelling blood in the water. For a player coming off a career worst year, this season could not have started worse, and it’s difficult to see how he recovers when literally every miscue, every small slump is going to be scrutinized like the Zapruder tape. Every ground ball that gets through is going to be a referendum on his conditioning, every strikeout a reminder that his offensive numbes had been in decline even before he put the ink to his current contract.

In a fair, just world, Sandoval would be given a mulligan on an undefendable first year and a fresh start to try and prove he’s worth some fraction of the money he’s being paid. The Boston writers are not big believers in a fair, just world however. They’re believers in deadlines, and a camp short on real positional battles and thus stories.

If he lasts through the first half, it will be a surprise, and given the stated urgency it would not be a shock if they didn’t even bother to trade him for another bad contract but simply released him.

As I write this, there is a battle for the fifth spot in the rotation – the opening unfortunately created when Eduardo Rodriguez caught a spike and – temporarily, apparently? – dislocated his kneecap. Wright’s chances of making the club appear to be excellent, both because he’s pitched reasonably well and because none of the other potential candidates in Elias, Johnson or Owens have particularly. The hope here is that he sticks around, both because he would certainly be lost to waivers as he’s out of options and the return in a trade would probably not equal his value to the club. Knuckleballers have their limitations, obviously, but it’s not that much of a stretch to see Wright playing a role similar to an Adam Warren: capable spot starter and can give you multiple innings out of the bullpen. That has value.

What you think of Christian Vazquez is dependent, in most cases, on what you think of Blake Swihart. If you think the latter will be as advertised with the bat – i.e. the player that draws comps to Buster Posey, the answer is, as Chad Finn said here, obvious.

Nine innings: Swihart vs. Vazquez is a good problem to have, but the answer is obvious https://t.co/BDwkFEHktN

It’s less obvious to me. Count me as one who puts a premium on catcher defense. No one doubts – the Tommy John surgery notwithstanding – that Vazquez is transcendent defensively. Which is that much more important because our pitching staff is anything but reliable, with a few notable exceptions like recent imports Kimbrel and Price.

The question I would be asking myself if I’m Dombrowski is whether Swihart can become Vazquez to a greater degree than Vazquez can become Swihart. Swihart may be, or become, an elite offensive catcher. Vazquez already is an elite defensive catcher. Can Vazquez offer sixty or seventy percent of Swihart’s offense, then? Conversely, can Swihart do the same for Vazquez’ defense?

I have no idea, but as enormous as it would be to have a standout offensive performer at the catching position, I’m biased towards current performance over future potential – particularly when Vazquez’ defense can be a multiplier that makes the entire pitching staff better.

All of that being said, this is the proverbial good problem to have. If they stick with Swihart and he fulfills his potential, that’s an amazing asset. And this isn’t an issue, in my opinion, that needs to be forced. I’d be fine starting Vazquez in the minors to bring him back from his injury slowly. The only reason to do otherwise, in fact, would have been to trade Hanigan early in spring training to give him time to get know his new staff, but that ship has sailed.

If you had to bet, Swihart should be your horse. In other years, the wild card that is Vazquez’ offense would be less of an issue. With third base, left field and center field, to name but three examples, currently occupied by players who may or may not be able to hit at the major league level, Vazquez may be one risk too many.

One thought on “Spring Training Thoughts on Five Players”